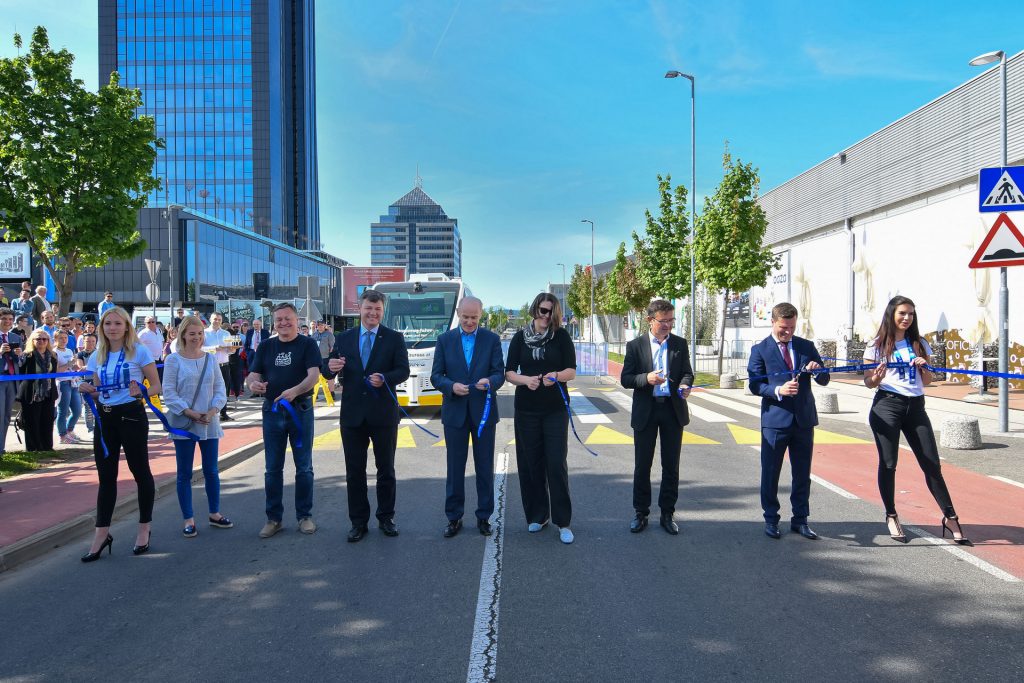 On 27th April 2018, guests and visitors of BTC City Ljubljana experienced a taste of promising future technologies. At the event, which was organized by the BTC d.d. and the AV Living Lab as part of the TEN-T Days 2018, a major transport event focused on the development of the Trans-European Transport Network, a ride with the autonomous shuttle NAVYA Group was demonstrated to the public for the first time in Slovenia. Guests and visitors were also able to get in touch with other nascent technologies in the fields of autonomous vehicles and mobility from Audi, BMW, Daimler and Magna Steyr. On this very special day, the AV Living Lab, a stimuli-reach learning and testing environment for AV solutions in BTC City Ljubljana, was also officially opened.

The event was attended by eminent business leaders and political representatives from Slovenia and abroad, including mag. Violeta Bulc, European Commissioner for Mobility and Transport, Boris Koprivnikar, Deputy Prime Minister and Minister of Public Administration of the Republic of Slovenia, dr. Peter Gašperšič, Minister of Infrastructure, and Zoran Janković, Mayor of the City of Ljubljana.

Use of drones at Ljubljana Fire Brigade

Safely across the road – with a robot assistant

Mobility for all – and long into old age – has become…

This website uses cookies to improve your experience while you navigate through the website. Out of these, the cookies that are categorized as necessary are stored on your browser as they are essential for the working of basic functionalities of the website. We also use third-party cookies that help us analyze and understand how you use this website. These cookies will be stored in your browser only with your consent. You also have the option to opt-out of these cookies. But opting out of some of these cookies may affect your browsing experience.
Necessary Always Enabled
Necessary cookies are absolutely essential for the website to function properly. This category only includes cookies that ensures basic functionalities and security features of the website. These cookies do not store any personal information.
Non-necessary
Any cookies that may not be particularly necessary for the website to function and is used specifically to collect user personal data via analytics, ads, other embedded contents are termed as non-necessary cookies. It is mandatory to procure user consent prior to running these cookies on your website.
SAVE & ACCEPT